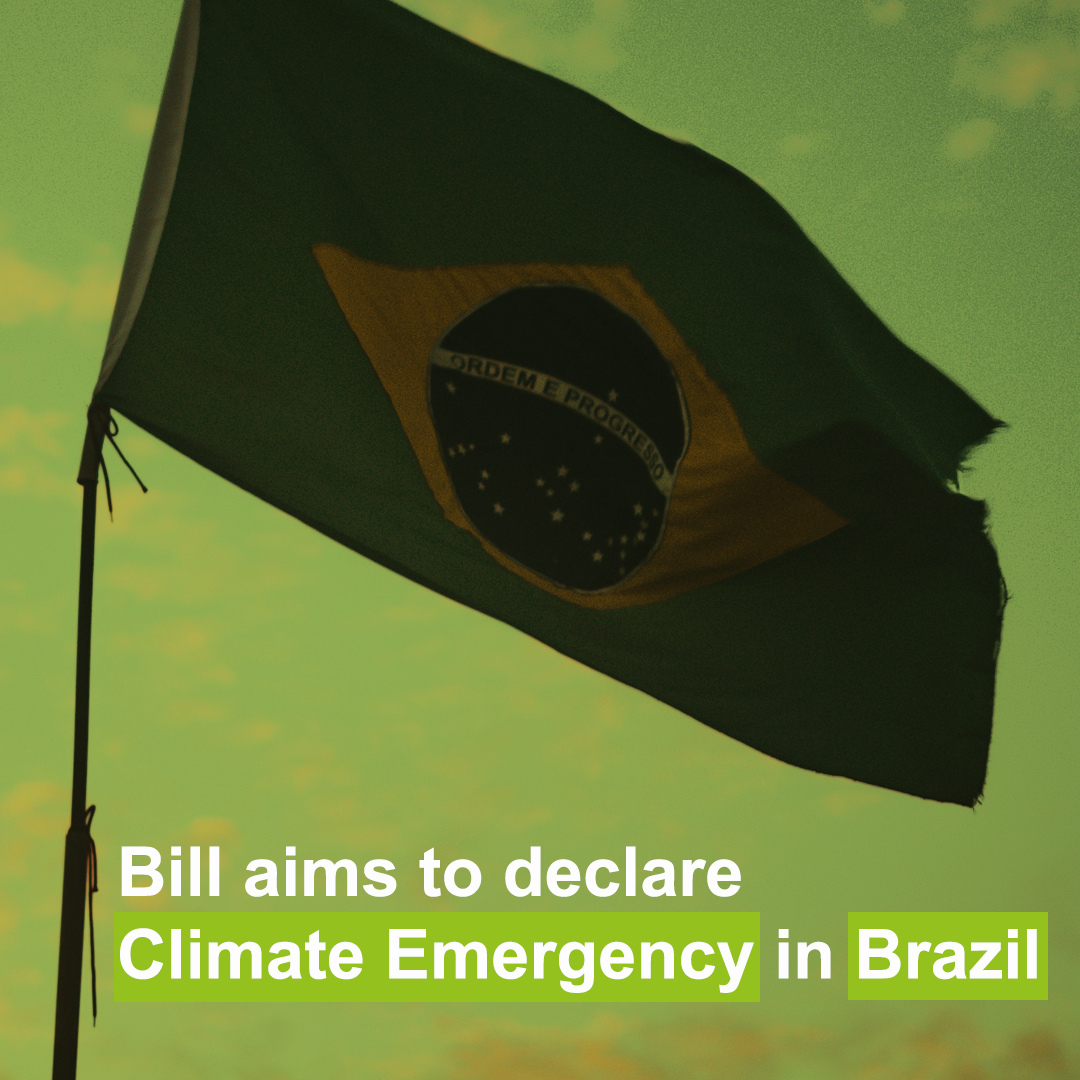 Posted at 17:59h in uncategorized by admin 0 Comments

In the last year an increasing number of localities have declared climate change an emergency. About 30 countries, including the United Kingdom, France, Spain, Canada and Argentina, have so far made up the list of nations that have declared a state of climate emergency, and Brazil is looking to rank the 31st position. This is the idea of Congressman of Rio de Janeiro Alessandro Molon, author of Bill 3,961/2020 that aims to declare climate emergency state in Brazil until the actions to reduce the impact of human activity on the climate are no longer urgent and necessary.

The project also sets the goal of neutralizing greenhouse gas (GHG) emissions in Brazil by 2050. The ambitious goal would be achieved on the basis of the National Plan for Climate Emergency Response, which is expected to be drafted and published within a year of the law’s publication, which in turn would outline five-year targets in addition to actions to be taken to achieve the corresponding targets.

Two main points of the Bill are the foreseen transparency targets monitoring and the prohibition of the contingency of any funds or resources for the proposed goals. Under the responsibility of the Federal Executive Branch, transparency will take place through annual reports monitoring compliance with the plan, including the stage of each of the targets established and the corresponding actions. The text prevents the Brazilian government, during the emergency situation, to relocate budget resources for environmental protection, combating deforestation and reversing climate change caused by man.

The text, although succinct (6 pages with 5 articles and a justification), is, in the words of Mr Molon himself, an initial step for the country to officially stand as one of the main protagonists against climate change. In the future, the plan will incorporate contributions from civil society (through online public hearings) and other entities. It should be recalled that in 2016 Brazil ratified the Paris Agreement on Climate Change, committing to reduce national GHG emissions by 37% below 2005 levels by 2025, and then reduce GHG emissions by 43% below 2005 levels by 2030.

For those who have interest in following the process of processing the Bill and contribute with changes to the text it is possible to register as a supporter of the project on the www.emergenciaclimaticaja.eco.br page, where the full text is also available. The Institute for Climate and Society, through its Youtube page, also has registered the online debate on the Bill, with participation of its creator (Mr Alessandro Molon), Marina Grossi (CEBDS), Marina Cançado (XP) Caroline Prolo (LACLIMA) and Natalie Unterstell (Molon Institute) (https://www.youtube.com/watch?v=UJ5QPO0j5zE).