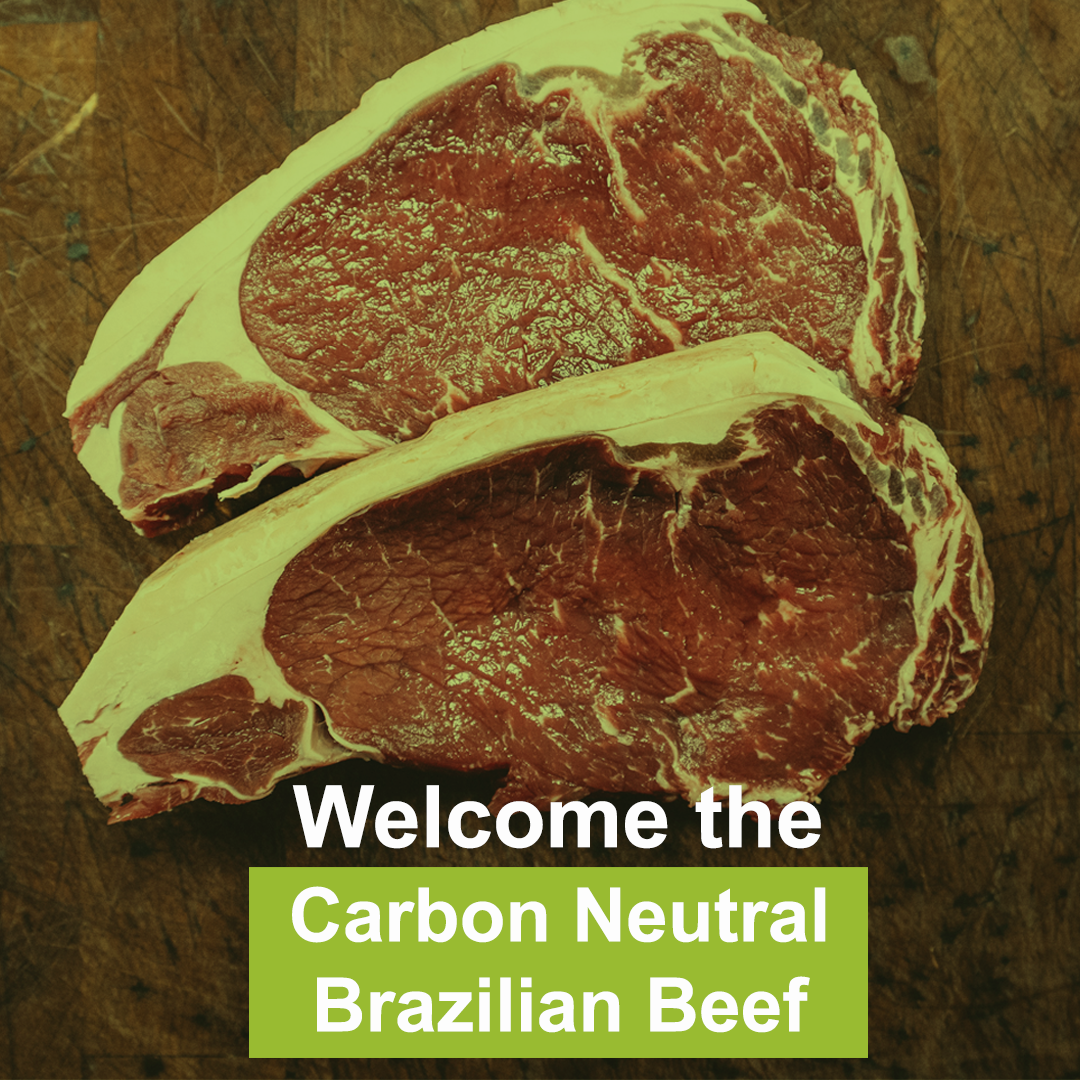 Posted at 17:24h in uncategorized by admin 0 Comments

Meat lovers can celebrate now! EMBRAPA has officially launched “Carbon Neutral Brazilian Beef”, CNN for short in Portuguese, a concept-tradermark that aims to certify that beef produced under given varifiable/certifiable parameters have its greenhouse gases (GHG) emissions neutralized during the production process by introducing an arboreal component.

In the last few years, livestock sector has been one of the main contributors to GHG emissions in Brazil, especially due to the enteric fermentation of cattle, a digestive process that occurs in ruminant herbivores and releases methane. Last year (2019) livestock and agriculture acitivies accounted for 28% of gross GHG emissions in the country, ranking the sector as the second largest emitter, surpassing even the energy sector[1].

Faced with the problematic, the initiative of the label “Carbon Neutral Brazilian Beef” emerged to support implementation of more sustainable cattle systems. The carbon offseting is achieved by the trees introduced trought silvopastoral (Forestry Livestock – IFL) or agrosilvopastoral (Crop-Livestock-Forestry – ICLF) systems[2]. In those systems the methane emitted by the herd is offset by the amounts of carbon captured from the atmosphere and kept immobilized on trees, more precisely in the tree trunks. To ensure the sequestered carbon immobilization the wood produced in the system has to be used for high value-added products (HVAP) such as timber, laminates and veneers, which are used in products with longer shelf-life i.e, longer carbon immobilization, such as furniture and building wood.

Both systems (IFL and ICLF) are sustainable production systems that integrate agricultural, livestock and forestry activities, carried out in the same area, under consortial cultivation, in succession or in rotation, and seek synergistic effects between the components of the agri-ecosystem, considering the environmental adequacy, the valorization of man and the economic viability of the agricultural activity.

Obtaining the “Carbon Neutral Beef” seal involves the implementation of parameterized production processes, consolidated technical evaluation based on national and international research and methodologies, and a final stage of independent audit, performed by independent auditors, linked to companies accredited by public or private agencies, at Federal, State or Municipal levels.

So far Brazil’s food processor Marfrig, owner of National Beef in the United States,  is the only brand that has obtained the seal and markets the products (called as products of the new Viva brand)[3]. The line is now available for purcharse in Pão de Açucar stores in the city of São Paulo, with expansion plans for other regions of the country. The price of the products has not yet been disclosed.

Did the subject call your attention? Do you want to know more about the role of livestock in GHG emissions and the “Carbon Neutral Brazilian Beef”? For those who want to learn more we suggest: